Is Jesus Christ a God or Not? 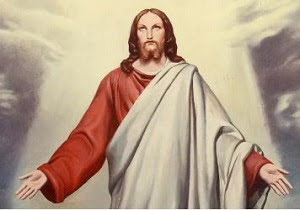 Some say that Jesus Christ is just a man, or perhaps a good teacher. But the Bible says that Jesus is unique to his character and to his purpose. He was not only a spiritual during his time on earth; He is the Son of God who became flesh (John 1:14, John 3:16). Yes, He is a perfect human, but He (Jesus) is also a perfect God (Colossians 2: 9).

They say that Jesus Christ is a God. It may be difficult to understand how this may be true, but it is important to remember that God is more thoughtful than we can understand. We know that Jesus said that he existed before Abraham (John 8:58). He said that HE (Jesus Christ) and his Father was one (John 10:30).

If someone says to you, "I am God," will you believe in him? Many people who believe in one God are thinking that man is blaspheming. Even though Jesus said the exact words, "I am God," many people do not believe in Him or even hear what He will say. However, He gave us reasons to believe in such claims without using these words.

But you are probably looking for a place in the Bible where Jesus says, "I am God; worship me", in exact words. If we suggest that Jesus can only claim to be God by saying that one sentence, we can also ask where He says, "I am a great teacher, but not God," or, "I am just a prophet; do not worship me. "The Bible also does not say those words.

The good news is that Jesus told us that He is God in many different ways! He explained that He and God the Father are one (John 10:30), and says in John 14: 6, "I am the way and the truth and the life." Who else can get these things except God?

Does that mean that many Gods?

Believing Jesus as God does not mean that has many gods. It is difficult to understand, but Jesus' followers believe in one God in three persons (God the Father, God the Son (Jesus), and the Holy Spirit). God is one but has three roles, as a person can now be a father, an employee and a spouse. Every person of God (the Father, Son and Holy Spirit) has a separate function, but everyone is united as a God-with a purpose, ability and nature, and equal in power and glory.

Note: Bad word is prohibited and will be possible to delete!

How To Be Saved From Sin And Go To Heaven?